Construction of As Oy Oulun Lumihuippu has started in Hiukkavaara, Oulu

The new development will be rated A for energy efficiency and powered by geothermal energy and solar panels. 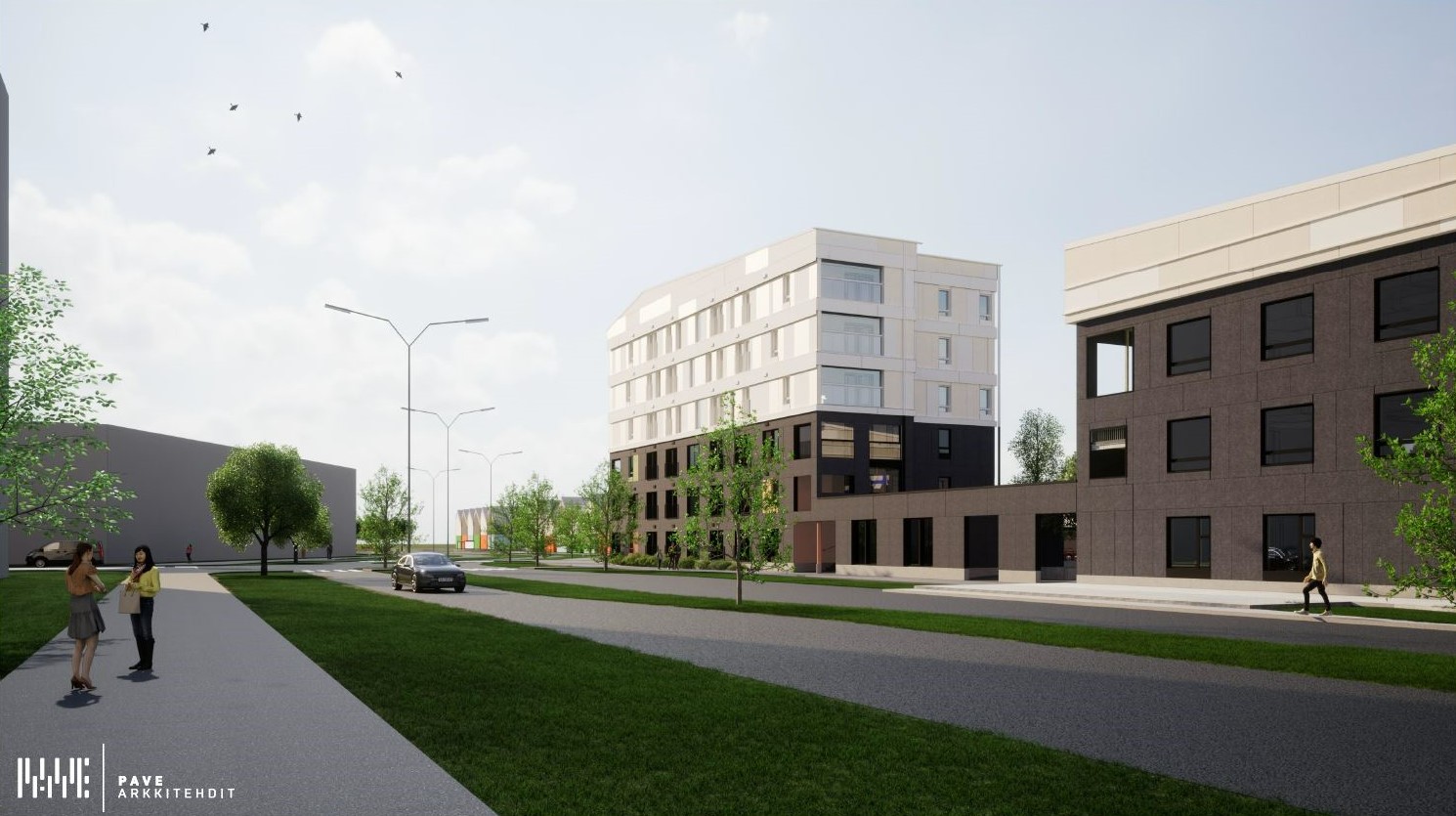 The construction of As Oy Oulun Lumihuippu has started in Hiukkavaara in Oulu. The apartment complex built by Rave Rakennus will comprise 59 Joo Kodit rental homes. The new Joo Kodit apartments, which will be ready in autumn 2023, will include studios and one and two bedroom homes.

Hiukkavaara is planned to become the largest urban district in Northern Finland with 25 000 inhabitants. Oulun Lumihuippu will be located in a prime spot near a grocery store and the Hiukkavaara community centre, which is home to a school, a daycare centre and a library and offers diverse activities from cultural events to handicraft courses. Padel courts, the Hiukkavaara sports field and cross-country skiing trails are less than a kilometre away.

– It’s great to get Joo Kodit apartments in Hiukkavaara, too! It will be a wonderful neighbourhood with lots of opportunities for outdoor recreation and excellent amenities, says the Joo Kodit Head of Sustainability Antti Niskanen.

Hiukkavaara, which has been dubbed ”Winter City” wants to set the standard for climate conscious design by saving energy and materials and making nature a part of everyday life. Oulun Lumihuippu will be rated A for energy efficiency and heated by geothermal energy. Solar panels will be installed on the roof.

The CEO of Rave Rakennus, Mika Kaikkonen, says that the new apartment complex expands an existing development by Rave Rakennus, the first part of which was completed last summer.

– As Oy Oulun Lumihuippu, Snow Peak in English, is an aptly named next step in the development of the Winter City. Together with the commercial development next to the assisted living facility, it complements an impressive set of new buildings at the centre of Hiukkavaara.

The Oulu area now has more than 1000 Joo Kodit apartments, with over 500 more under construction. The prevention of loneliness in residential living is one of Joo Kodit’s most important objectives. The company has organised residents’ events in Toppilansalmi, Oulu, and the local Joo Hetki café will open in January 2023. The café located on the ground floor of a residential building is open to everyone and doubles as an event venue and a Joo Kodit customer service point.

– According to market research we conducted, one in three people in rental accommodation has experienced loneliness in their home. On the other hand, people were interested in getting to know their neighbours. As a rental apartment owner, we want to provide residents with meeting places, says Joo Kodit Commercial Director Heta Kärki.

The Joo Hetki neighbourhood café is just one of the many ways in which Joo Kodit is reinventing rental living.

Hartela to construct two new developments for Asuntoyhtymä in Oulu

The new Joo apartments will be heated with eco-friendly energy from the return pipes of the district heating network.

Joo Kodit rental apartments to be built in Toukovuori, Porvoo

The new neighbourhood’s attractions include proximity to nature and ecological values.